Typically, flanges produced under standard ASME B16.47 are made from materials that are either cast or forged. However, an exception permitted by the standard is that the blind variety of the ASME B16.47 Flange could be produced from a plate.

The ASME B16.47 standard encompasses materials, ASME B16 47 Series Dimensions, tolerances, marking, and testing for pipe flanges. Requirements and recommendations in the form of details regarding bolting and gaskets are also included in this standard. In addition, to the ASTM B16 47 Flange Pressure Ratings class 75, 150, 300, 400, 600, and 900, these flanges are produced in sizes NPS 26 through NPS 60.

A Reducing flange is a kind of specialty flanges which is most frequently used on projects that require the fitting together of pipes that have different sizes in a piping system. There are several types of ASME B16.47 Reducing Flange including weld neck reducing flanges, slip on reducing flanges as well as threaded reducing flanges. 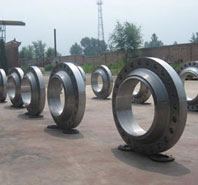 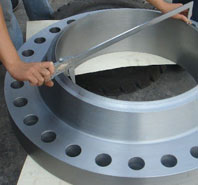 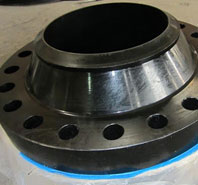 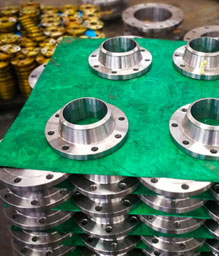 
Manufacturer Of Stainless Steel ASME B16.47 Flange Material In India, Independent Specification Of ANSI B16.47 Series A And Series B Flanges, We provide Multiple Payment Options Of Carbon Steel ANSI B16.47 Flanges.


Both ASME B16.47 Series A And Series B Flanges define weld neck flanges as well as blind flanges constructed with a raised face. The main difference being that Series A in this standard defines ring type joint (RTJ) flanges between pressure rating Class 300 through Class 900 as opposed to Series B, which does not define RTJ flanges. Generally, Series A Stainless Steel ASME B16.47 Flange tends to be much expensive than series A on account of being thicker, heavier and stronger while being able to withstand higher external loads.


Types Of ASME B16.47 Flange Material 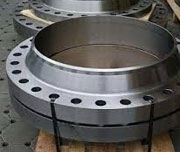 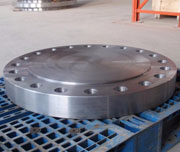 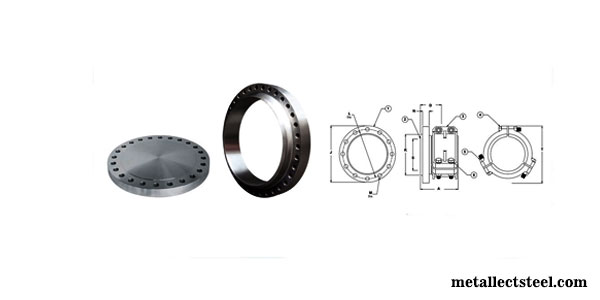